Fierce Fun was contracted by AgriKids to create a virtual reality app as part of their digital product range. AgriKids was founded with the vision to create a concept that would engage, educate and empower children to become farm safety ambassadors. Through this ethos, the company has developed a collection of innovative products for children to create dialogue and positive awareness in homes and classrooms on farm safety awareness and practice.

As a highly innovative farm safety promoter, AgriKids were looking to explore the potential of virtual reality apps to educate children about real farm safety issues. The design brief was that the app should allow users to freely move around a virtual farm. The app would teach users what the different safety signs mean and where they belong. The virtual farm would need the follow areas: 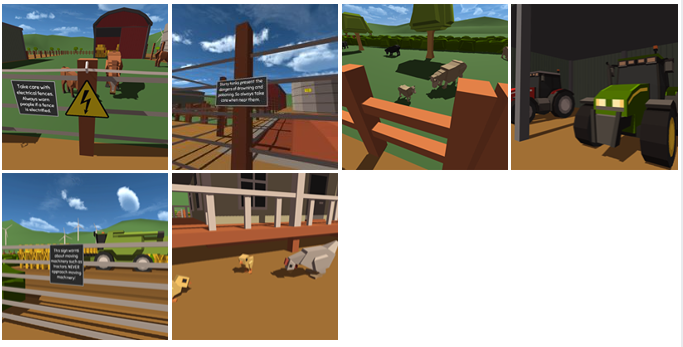 The VR app was developed for the Oculus Right was tested at several agricultural events. It proved very popular with young children and their parents!

We recently came across an excellent piece of research from GlobalWebIndex on the current state of video gaming.  Some really interesting facts from this research include:

Modern technology has taken amazing strides forward over the past few years, and this is just as true when it come to gaming technology. With 2015 fully upon us and a number of Gaming and Technology events having taken place throughout January, we here at Fierce Fun thought it would be a good idea to run through a couple of the major developments we can expect to see in 2015.

Virtual reality has been with us since the 90’s when Sega released Sega VR in the arcades (although it never made it to the consoles), but with the creation of devices such as the Oculus Rift, Virtual Reality has made a comeback.  Now that Virtual Reality has once again hit the mainstream, it has become a realistic goal for video game creators to make VR games.This has also led to a rise of devices like the Rift, or other devices which make you feel like you are really in the game.

With the widespread release of wearable technology, primarily the rise of the smart watch, and with the further & further reach of smart phones, and the inevitable rise of the smart TVs, like AndroidTV, technology is everywhere.  Which means that in 2015 we will be able to play games everywhere. With the new challenges and opportunities presented, we can look forward to some new games which take advantage of these opportunities, and perhaps taking augmented reality along for the ride.

A trend that will increase across 2015 is the large part of video games industry that Independent studios will play.  The mainstream studios are sticking to the tried & tested channels and games. However, with the wide availability of channels, open source software and variety of funding options have made game creation available for independent studios, and they are creating games that are creative, unique and very enjoyable.  We here at Fierce Fun are ourselves independent and are currently creating a variety of mobile app games with Big Bad Quiz for Android & iOs being our first title to launch in Q1 2015.

Social Media has taken up a large part of our lives over the past decade or so, and it’s reach will only increase in 2015.  However, game developers must capitalise on the this trend in order to maintain their success. Consumers are no longer private about their gaming, and want to publish across their various social channels. Sony and Microsoft have both made a leap toward this with the PS4 and Xbox ONE respectively. For companies to be successful in 2015, they not only have to post quality, relevant content on their social media channels regularly. This goes double for smaller creators, who don’t have the brand recognition, and must strive to make a name for themselves.

Before the 2000’s, video gamers were seen as a subset of kids and immature men. This changed with the emergence of consoles and the creation of motion sensing technology, like the Wii. Recently, the number of gamers has grown exponentially, and has broken down all gender and age barriers. So in 2015, we will see gaming becoming a more socially respected hobby, as there will be more gamers across all platforms than non-gamers. Also, thanks to the jobs being created making games, and the growing professional gamer sector, the gamers of 2015 will be the most respected gamers yet.